The earliest parts of the church are 12th Century and the rest is mainly 15th Century. The Church was extensively renovated in 1883. 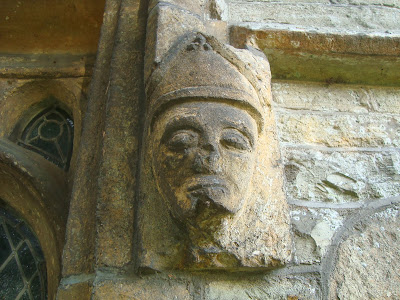 Exterior
To the south of the south door is the base of a 15th Century churchyard cross. On the tower are the stumps of pinnacles and muzzled bear gargoyles said to be 12th Century. Around the Priests door are the carvings of a Bishop, Fool and Ass.

Tower
The Tower is mainly 15th Century being divided into 3 levels with the choir vestry on the ground floor and the bell-ringing platform at first floor level. The clock mechanism made by H Ward of Evesham was installed in 1884 and is still working and chiming out each hour. The top level houses 3 bells. Two (Treble 29.5 inches and Tenor 36 inch diameter) are pre- reformation dating around 1420 and possess “Royal Heads”, which are images of the crown kings and queens. These are very rare being 2 of only around 150 known throughout England and Wales. The third bell was recast in 1901 from an original bell dating 1628. For the very athletic the views from the top of the tower are extensive. 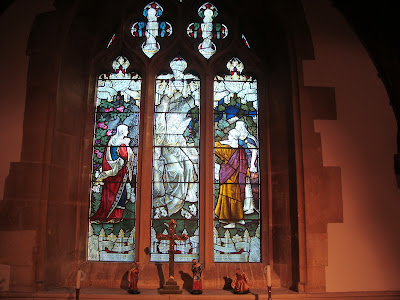 Interior
The east window depicts the Angel with the women at the tomb, and the south window the Virgin Mary being told she is chosen to bear Jesus. The windows in the north wall of the Chancel depict Saint Michael the Archangel with the other containing fragments of medieval glass. The only other stained glass window in the north wall is of Christ the Sower.

The north transeptal chapel has medieval glazed floor tiles and is now used as the priest’s vestry and houses the organ. The organ was built by Reginald Laycock of Malvern and dedicated in 1951. The pews were refurbished in the 1883 restoration though some remain almost intact from the 15th Century.
The font originates from the 12th century.

You can view more photos of the church on the short video below: 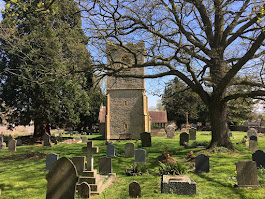 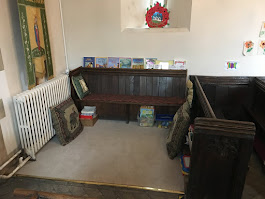